Jenna and Josh met on the dating website OK Cupid in March of 2014. Josh did not take Jenna too seriously as she listed her address in New York City and Josh could not envision a long distance relationship developing into love. Jenna was however in the process of moving to Bethlehem and the two of them met one week later for a late night date at Denny’s.

Josh was taken aback by Jenna’s non-stop chit chat and her sarcastic sense of humor. But he kept listening and eventually Jenna quieted down. She eventually ran out of steam and it was Josh’s turn to talk. They stayed for hours at Denny’s as the staff cleaned up and vacuumed around them.

Jenna appreciated Josh from the beginning because he was such a good listener, which has to be a prerequisite for Jenna! Josh thinks of Jenna as a sanctuary where he can delve into her life instead of getting overly caught up in his own.

I was delighted to be a part of their beautiful wedding day and having a chance to see a wedding break out into a truely fun and unique experience! I wish many years of happy marriage for this awesome couple. 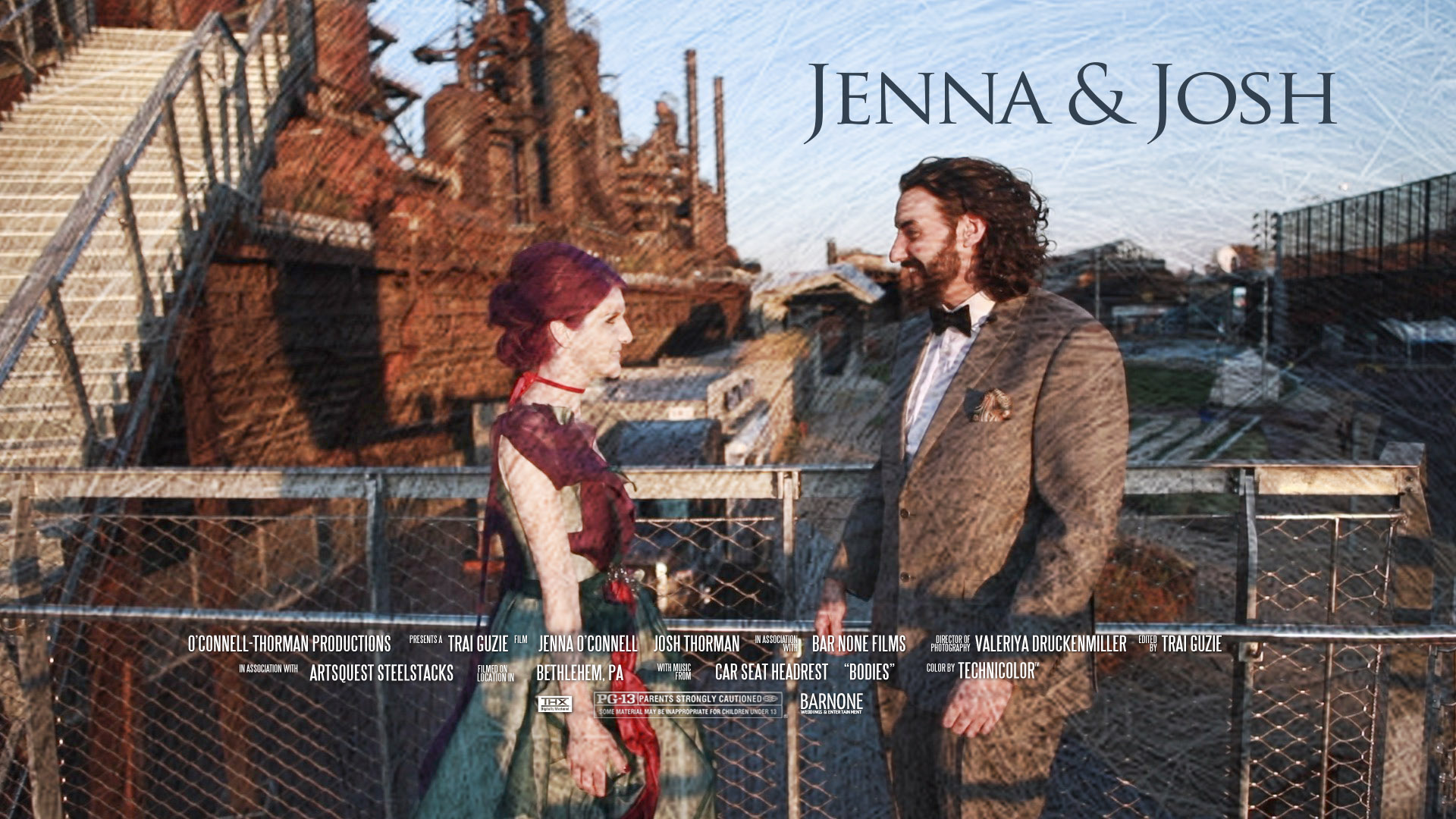